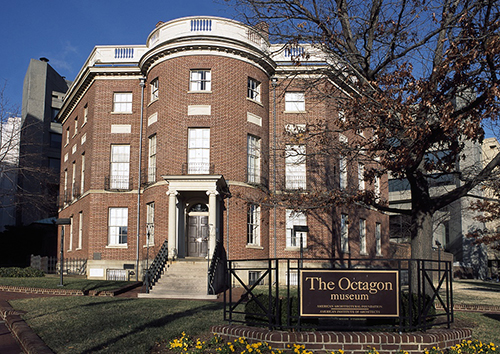 In tonight’s episode, we will be traveling to three different mansions that are haunted by various spirits. Our first stop is at Mannington Hall. Mannington Hall is located in Itteringham, Norfolk in the UK. It is a moated medieval country home. It dates back to 1460 and was added to in 1864. But what it’s most known for is the strange occurrences that took place in 1879 as witnessed by Dr. Augustus Jessopp.

Dr. Jessopp had been invited to stay at Mannington Hall by Lord Orford. His intention was to examine some very old books in the library. Jessopp wasn’t the only guest there that night, so after some dinner and conversation, the other guests went off to bed, and Lord Orford gave Jessopp permission to stay up late to do his examination of the books. At 11 o’clock, Dr. Jessopp was the only person downstairs.

The room the Jessopp worked was a vast one with a huge fireplace and an old-fashion chimney. The library opens into this room, so when he wanted a different book, he had to not only walk into the library but climb a chair to reach the book he wanted. In his story of what transpired that night, he said he was working with six small volumes of books, which he had placed in a pile on the table. He would read and write things down, and was completely absorbed by his work. After he had finished working through one book, he would set it to the side and proceeded with the next. He would, occasionally, walk over to the fire to warm himself.

This process continued until about one in the morning. He decided then, he would make sure he was in bed by two. The table where he worked had four lit candles. But something strange would happen just after he got to work on his the last book.

At around 1:30, he noticed something white about a foot from his left elbow. Upon closer examination, he realized it was an extremely pale hand with a dark blue vein across the back. He put his pen down, and Jessopp turned to see that he now shared the table with a tall, solidly build man, who seemed interested in the dentist and the books he was studying. He had auburn hair and a lean, rugged profile. He was dressed in a black habit that clergymen of the early 1800s wore, and he sat in a relaxed posture with his hands clasped together. After a moment, Jessopp realized that the man wasn’t staring at him at all. In fact, he seemed completely unaware of Jessopp’s presence.

Jessopp thought the man had to be a living person, but thought it odd that he had not met the clergyman earlier in the evening. Jessopp, reached out to his pile of books to move the top one. In doing so, his hand passed through the spectral being, and the man disappeared.

Not easily spooked, Jessopp felt disappointed that he had been unable to sketch the ghost before he vanished. He returned to working on his notes, wondering how he would tell Lord Orford about the spirit. As he was about to finish the last book, the hands appeared again. The clergyman was in the same relaxed state as he had sat before. He thought about speaking to the ghost this time, but it had to be something that would make the spirit want to reply. Then, before he could say a thing, the eeriness of the whole situation settled upon him. An unconscious reflex knocked a book to the desk, and the ghost vanished with a harsh sound.

He sat staring at the fire for a few moments before he rose and extinguished his candles. He took his bedroom candle, replaced five of the six books, and marched off to bed, and went to sleep.

There was so many exaggerated stories going around about Dr. Jessopp’s experience, that Dr. Jessopp spoke with the London Athenaeum to set the story straight. He stressed the fact that he had been in perfect health that night, and that he hadn’t hallucinated seeing the ghost. He also explained that the discussion the guests had earlier that evening had been about travel  and art, and did not touch on the subject of the supernatural.

Our next haunted house is the Octagon in Washington DC. There is a brick mansion located on the corner of New York Avenue and 18th St. The house was built in 1800 by Colonel John Taylor. The Octagon was temporarily used as an executive residence by President James Madison when the White House was burned by the British during the War of 1812. It is currently the national headquarters of the American Institute of Architects and is considered a historic shrine.

The Octagon is considered to be one of the most haunted houses in DC. Apparitions and other supernatural forces have been felt and seen in many areas of the house, including the second floor landing, the spiral staircase, the third floor landing, the third floor bedroom, and the garden. There are been many variations of the haunting in one of the oldest buildings of the city. The ones we will talk about are only a few stories that have evolved over the buildings 200 year history.

The oldest legend of the Octagon is the mysterious ringing of the servant’s call bells. The house once had bells that were used to summon servants. Now, the spirits of the dead slaves announce their presence by ringing the bells. These ghostly bells first occurred in the mid-1800s.

The granddaughter of John Taylor, Virginia Lewis, grew up in the house and recorded this memory in an unpublished manuscript, “The bells rang for a long time after my Grandfather Taylor’s death, and every one said that the house was haunted; the wires were cut and still they rang… Our dining room servant would come upstairs to ask if anyone rang the bell, and no one had.”

The only way they stopped the bells from ringing was to take the actual bells out of the house.

Dolley Madison is another story that comes from the house. The Octagon was often a gathering place for the elite of Washington. Dolley was a well known hostess during the first quarter of the 19th century. She is a popular ghost in DC, and it’s believed that she haunts several buildings around town. It’s reported that ghostly receptions are held by Dolley Madison, who is often seen in the drawing room and the front hall, and the smell of lilacs is noticeable when her ghost appears.

Likely one of the most popular ghost stories is that of the deaths of Taylor’s daughters. Two of Colonel Taylor’s daughters haunt the Octagon. His first daughter allegedly died before the War of 1812. Colonel Taylor and his daughter had an argument on the second floor landing over her relationships with a British officer. When she turned in anger to go down the stairs, she fell and died. People have seen her ghost crumpled at the bottom of the steps or near the second floor landing. His second daughter died in 1817. She eloped with a young man, which made her father angry. When she came home to try and reconcile with her father, they argued on the third-floor landing. She too, fell down the stairs to her death and now haunts the third floor landing.

It should be noted, there is no documentation that supports those claims and the ghosts of the daughters did not appear in written stories before 1908.

By 1888, the Octagon was firmly established as a haunted house, so 12 men decide they would stay the night in the house to expel the ghosts or prove the legends wrong. A first-hand report was printed in the local newspaper, and this bit has been quoted or paraphrased in articles printed in 1892, 1934, 1941, 1950, and 1969. “The hours wore quietly on. The party were dispersed from garret to cellar. At the hour of midnight, as I and two others were crossing the threshold of a room on the second floor, three feminine shrieks rose from the center of the room. Aghast we stood. From all quarters the party rushed… Too brave to desert, yet cowards at heart, we watched the gray light of morning dawn, and each man of us thanked God his night among ghosts was past. After those screams out band was closely knit together… collectively we listened through the waning hours of night to the clanking of sabers and tramping of footfalls.”

A gambler who was shot to death in the third-floor bedroom in the late 19th century has been seen in the room where he died. The sound of rustling silk is often heard on the main staircase. The handing lamp in the main hall will often swing by itself. And there is a spot at the foot of the main staircase that some say feel they are forced to avoid.

The last house is the Sandringham. The Sandringham House is one of many country homes for England’s royal family, but the family has always found it quite difficult to sleep there. The servants quarters seem to be the most haunted. A maid who worked there for several years said that the disturbances often started on Christmas Eve. The spirit would dump the Christmas cards on the floor and muss the beds. After this, the servants can look forward to dealing with these pranks for another six to eight weeks.

For generations, the maids have known that the most haunted area is the sergeant footman’s corridor on the second floor. Maids won’t go there along, and they will only clean the area in small groups. The ghosts will turn the lights on and off, and there are sounds of footsteps echoing along the corridor. They also like to open and close doors. According to one person, the ghost’s most grisly accomplishment is when it makes a wheezing sound.

A lot of the ghosts of England have been explained by old legends of unrequited love or grim murder, but research have yet to figure out what has caused the haunting of Sandringham house.

These are only a few of the many haunted mansions and house in the world.

If you would like to support the podcast and website, make sure that you check out the Patreon page. Become a Patron! We also have a merch store now. Find it here.