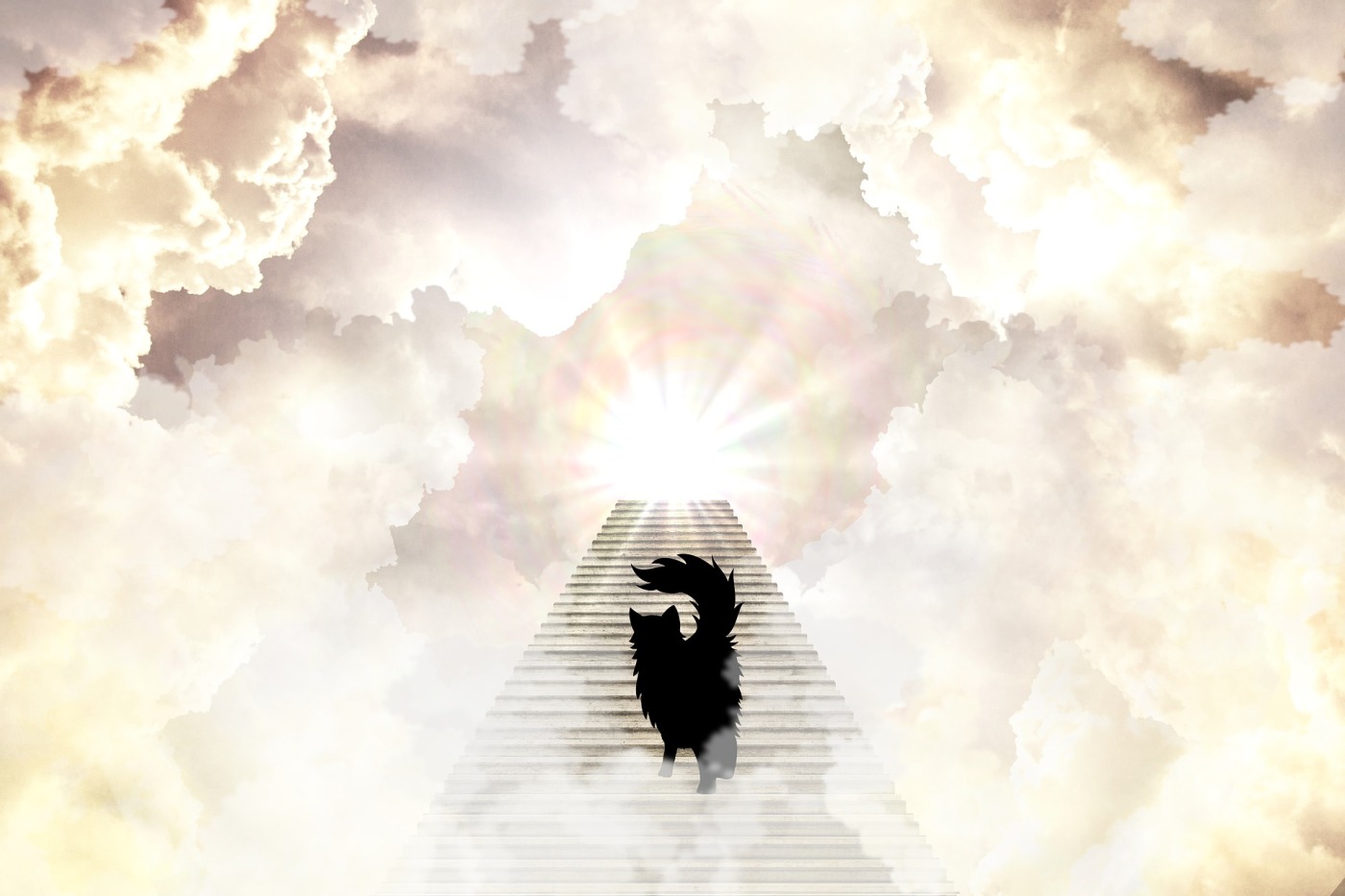 Whether you are religious or not, you have likely discussed the idea of what happens to your pets when they day. Among religious people, there seems to be a divide of those who believe pets are completely different from humans and couldn’t possibly go to heaven, and those who believe animals have a soul, and therefore, can go to heaven. I personally would like to think that I will get to see all of my passed pets in the afterlife in some way.

The author of Do Dogs Go to Heaven, attorney M. Jean Holmes, explains that any distinction between humans and animals that people allege to have found in scripture is due to the translator’s “philosophical construction.” She studied original Hebrew texts and found that many of those writings do say that animals have souls and spirits, just like humans.

Any pet owner who have taken a good look into their pets eyes can’t deny that they are filled with the same energy and spirit that humans have. Today, we are going to take a look at some stories of pets sending messages to their owners from beyond the grave.

The first one is about a dog named Snoopy. The owner of Snoopy was 10 in 1971 when his dog was tragically killed by a car. This was his first experience with loss and was devastated. He described Snoopy as a black and white mongrel dog with a distinctive black mask over his eyes and a black spot on his back. During the summer of 1972, he was playing hide-and-seek with his friends, and he was it. They were playing in a wheat field and it was near dusk. He counted to the chosen number and started to run into the field to look for his friends. As he ran into the wheat, he nearly tripped over Snoopy.

There was Snoopy, just five feet in front of him. He knew it was Snoopy because of his distinctive markings. The dog looked at him, wagged his tail, and seemed very happy. A few seconds later, he turned and trotted away. The wheat didn’t move with the ghostly dog.  The boy followed his dog, but soon lost sight of him. He came to a concrete block that they had used for a headstone when they buried Snoopy. Snoopy wanted to let his owner know that he was alright.

Our next ghostly animal story is from Daytona Beach. One of the most popular residents of Daytona Beach, at one time, was a dog that became known as Brownie. When he first came to the area, he visited many storefronts before he staked his claim at the Daytona Cab Company. Ed Budgen, Sr. was the owner and became Brownie’s first friend. The first day they met, Ed gave the dog part of his lunch. Many of the people who worked in the area would feed the dog. Ed even made him a doghouse.

The people created a fund for Brownie to help care for him. The fund provided food, vet care, and money for Brownie’s license. This was the 1940s. Brownie became a sensation for the residents and tourists alike, and it was common to meet him if you were on a shopping spree. He even got Christmas cards. In October of 1954, Brownie passed away from old age. People sent their condolences from all around the world.

The city allowed him to be buried in Riverfront Park, which is right across from where Brownie had spent his life. His bank account also got him a headstone and a plywood casket. 75 people attended his funeral, and he had four pallbearers.

One man visited Brownie’s grave with the purpose of seeing if Brownie was still looking out for his town. He spoke to Brownie and offered him some dog biscuits and sat down on a bench. It wasn’t long before he felt some warm against his leg. After the man’s friends walked up, the warmth disappeared, but the man told him it was okay and that he was “a good dog.” He snapped a few pictures of the area, and to his delight, he had proof that Brownie was still around. He had some decent orbs, and in one image, he could make out the shape of Brownie’s head. Brownie was, indeed, still looking after his home.

Sometimes pets pick up on spirits, and that’s the case for this family. One family moved into a new home in the late 1990s. It was an old house. The father had an office downstairs, and he started to hear some strange noises. He chalked it up to their cats, but as the weeks passed, he continued to hear those strange noises and got curious. They happened regularly at 1 AM. He started to time his work so that he made sure he was in the living room just before that time. At first, this activity seemed to discourage whatever it was making the noises. As long as he remained in office, he heard the noises. The almost made him believe that it was their cats. Then one night, all of the cats were in his office with him when the noises took place.

That night, at 1 AM, he heard something coming down the stairs, as did the cats, but no one was there. Once the footsteps reached the bottom of the stairs, his cats ran to it like they were greeting a friend. The steps moved through the living room, and the cats followed it. Then he heard what sound like a person checking that the front door was locked. This was when the spirit family decided they trusted the living family.

From that night forward, it was like two families lived in the house. They would hear the floors creak and doors would open. One night, the father awoke to all of the lights being on upstairs. Naturally, he thought somebody may have broken in, but nobody was there. His daughter was sick, so he figured the spirit family wanted him to check on her. The spirits even tried to help out with the cats.

Their cats were spoiled, and preferred to drink water from the faucet as opposed to a bowl. The spirits started to turn the water in the downstairs bathroom on so that the cats could take a drink.

If you would like to support the podcast and website, make sure that you check out the Patreon page. Become a Patron! We also have a merch store now. Find it here.